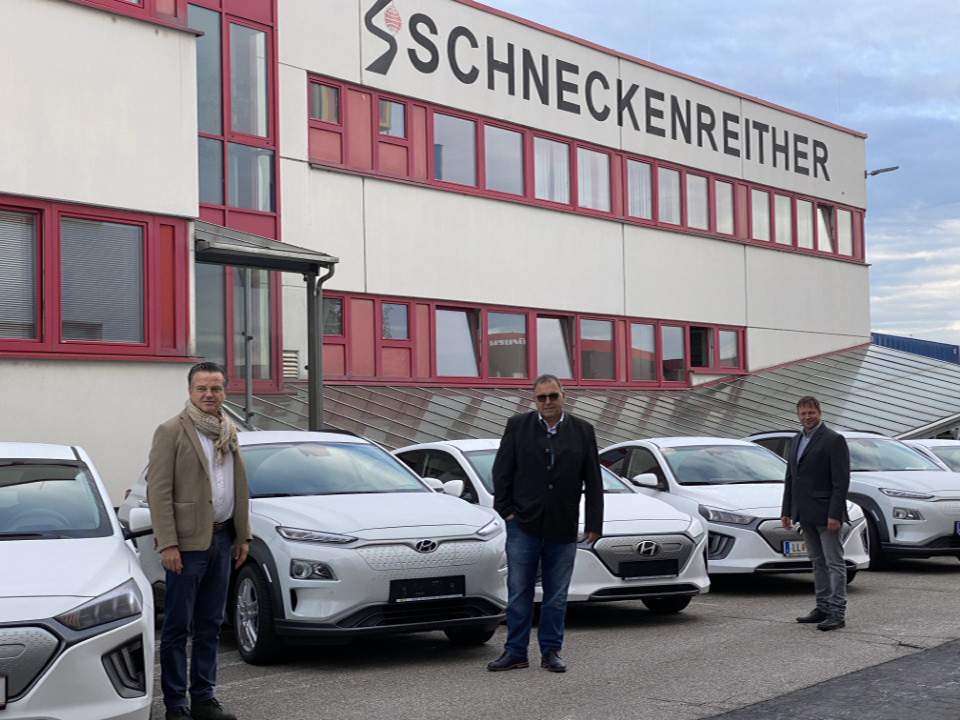 Several times awarded for our economic, ecological and social awareness, we not only talk about sustainability, we also do something for it.

At the beginning of October, 16 new electric cars were put into operation as company vehicles, so there are now over 20 cars on the move purely electrically. They largely replace the vehicles with combustion engines that have been used up to now. Since 2015, there has been a gradual conversion to electric drive, for which a total of around 1 million euros (including charging infrastructure – excluding photovoltaics) has been invested so far. In order to act sustainably, we get most of the charging power from our own photovoltaic systems. Currently, we have 600 kWp installed on the roofs in Wels and 400 kWp in Ansfelden. In addition, new photovoltaic systems will soon be implemented in other branches.

Our commitment would go much further if electric trucks were already a powerful alternative in heavy traffic. So far, however, these can only be used (to a limited extent) as small vans. “In the case of heavy traffic, the trend is more towards natural gas (LNG) and / or fuel cells”, hydrogen also seems interesting as a future perspective, but is still too unexplored.

An ecological conscience costs a lot of money and must be promoted – in Austria there is still a lack of attractive models for this. The Schneckenreither group is aware of its social and environmental responsibility and takes it seriously.