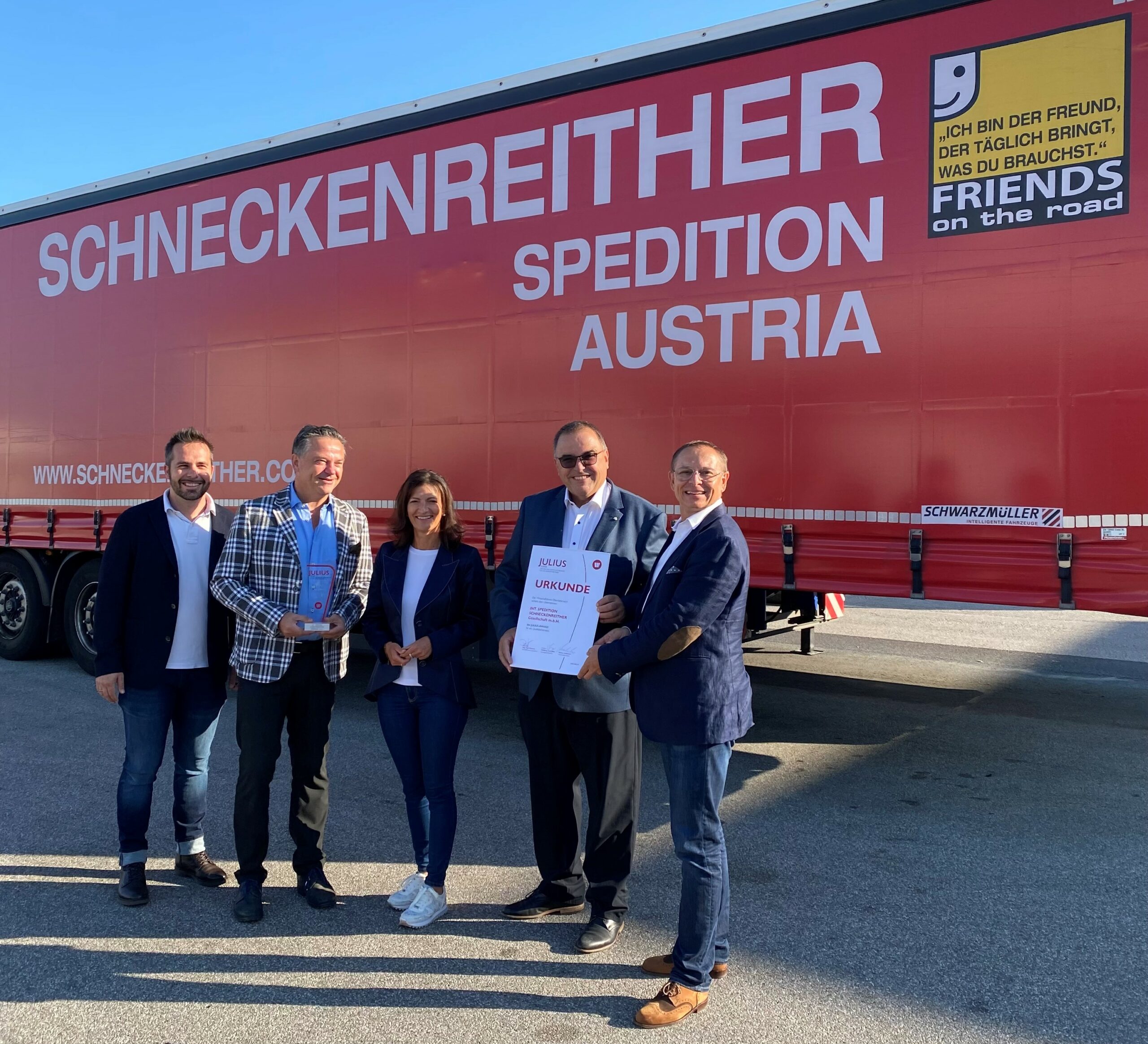 The Upper Austrian Business Association has honored us with the JULIUS Award for our commitment to growth, employment and prosperity in our state. For this, WB regional parliament candidate WK Vice President Margit Angerlehner ceremoniously presented us with the quality award of the Upper Austrian Economic Association. Spedition Schneckenreither scored very well in the criteria regionality, further education/training, digitalization/innovation and family business/traditional business.

The award is named after its founding father Julius Raab, who founded the Wirtschaftsbund immediately after the end of the war in 1945. His goal was to preserve traditional values, a strong economy and prosperity for all. In terms of economic policy, he set the course for the reconstruction of Austria. His reputation as Chancellor of the Economy and Freedom, but also as builder of the “economic miracle,” reached its peak with the conclusion of the State Treaty in 1955.